Welcome to our monthly update about First Call’s advocacy work and key developments in child and youth policy in BC.

Highlights this month include:

Read on to learn more!

Yours for children and youth,

Please note that First Call will be closed for the holidays on Monday, December 23 until we return to the office on Monday January 6. We hope you have a wonderful winter holiday season and start to 2019. Looking forward to seeing you on Wednesday, January 15, 2020 for the first Coalition Meeting of the new year. 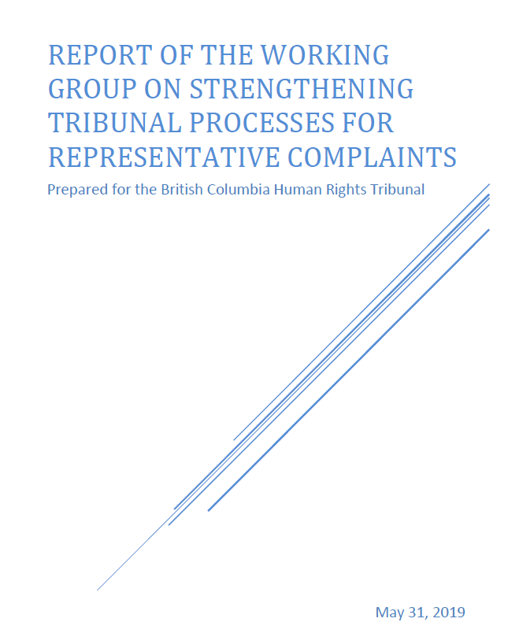 Specifically, the Tribunal sought input on recommendations with regard to representative complaints brought on behalf of children and on building a child-centred approach that is consistent with the United Nations Convention on the Rights of the Child.

The Working Group Report’s recommendations “cover all stages of the Tribunal’s process from the complaint form through mediation and decision-making.”

Our submission outlines that First Call meeting participants agreed to three recommendations that address process rather than the substance of what the Working Group aims to achieve.

Campaign Organizers spent the month of November assembling feedback from the 3rd annual Policy Solutions Day. We happily report that Policy Solutions Day left youth feeling empowered, heard and more confident in their ability to advocate. When we reached out to the Ministers’ and Premier’s offices, they reported that the meetings were impactful for them as well. Fostering Change will continue to hold government officials accountable as we continue follow-up.

The Campaign Organizers Team excitedly discussed the next campaign action (stay tuned for that in the New Year!) and planned their upcoming team holiday celebration with a grant from the Federation of Youth in Care Networks Holiday Bursary.

In November, the Living Wage for Families Campaign began a strategic planning process with our Advisory Committee to help us be more effective and increase our reach in the coming years. As well, in partnership with the Canadian Centre for Policy Alternatives – BC Office, we began a process to review the living wage methodology, to ensure that our methodology continues to capture an accurate cost of living. This month we also celebrated the City of North Vancouver unanimously passing a motion to begin the process of becoming a Living Wage Employer! We look forward to working with Council and staff on next steps.

On November 19th we held a Lunch & Learn about the living wage for other non-profit organizations in our co-working space. Finally, our Employers Committee certified eight more Living Wage Employers this month!

SUBMISSION TO THE MINISTRY OF LABOUR RE CHILD LABOUR REGULATIONS

First Call staff met with senior staff at the Employment Standards Branch about the development of regulations under the new employment standards for minors. We then submitted our response to the Ministry’s public consultation.

The November Coalition Meeting featured a presentation by Viveca Ellis of the BC Poverty Reduction Coalition on their #AllOnBoard Campaign for free public transit access for minors and sliding scale fares based on income, as well as a presentation on the October Policy Solutions Day in Victoria for Fostering Change. Discussion also included the potential impacts of the federal election results on children and youth.

FIRST CALL OUT AND ABOUT

Halena Seiferling, Campaign Organizer for the Living Wage for Families Campaign, attended the Unite Here Local 40 Rally with workers at the Hotel Georgia. She spoke to the City of North Vancouver Council meeting in favour of the City passing a motion to begin the process of becoming a Living Wage Employer. She also attended the BC Employment Standards Coalition Meeting.

FIRST CALL IN THE NEWS